CENTER FOR PRENATAL AND PERINATAL PROGRAMS 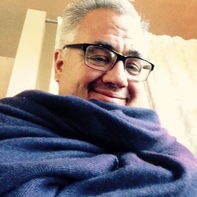 Please come and enjoy the leading edge of womb surround and prenatal and perinatal somatic health (PPN) work with an emerging leader in the birth psychology movement.  Frank Carbone is a Continuum teacher trained by Emilie Conrad, and a prenatal and perinatal practitioner trained by Ray Castellino.  He has assisted the leaders in the PPN field for years, including Ray Castellino, Mary Jackson and Tara Blasco.

In 2005 I was attending a Continuum workshop in NYC with Emilie Conrad and one of the participants brought in Ray Castellino's name into the check in,explaining how her Continuum experience was very embryonic and restorative. Emilie took a good amount of time to listen to this woman who had been in a "Womb Surround Process Workshop" with Ray, and was talking about her birth process, and the embryo & cell as a central common motif of Emilie's work,and how Continuum has so much to offer in re-patterning early Imprints and Somatic development. I remember being very interested in the conversation.

As it would turn out later that month a Gyrotonic client of mine on the lower East side of Manhattan  brought up Ray Castellino..again.. Telling me she thought I would love his work,and felt I needed to go to California to meet him. Dr. Raymond Castellino facilitates people of all ages to resolve and re-pattern prenatal and birth trauma imprinting. This includes facilitating babies and children in the family setting and adults in individual and small group settings.

A 'Womb Surround' Process Workshop is a small group format developed and refined by Raymond Castellino since 1992. It creates a safe, welcoming environment in which to explore early imprinting from preverbal life that is affecting your present life. Typically there are 6-7 participants in a workshop. The purpose is to heal and re-pattern early trauma and to create more options for current behavior and ways of being in relationship. In addition to healing prenatal, birth and other early trauma, this process has the principle impact of encouraging loving bonding within primary relationships. Participants commonly state that the process is transformationl on a deep level.

Continuum In the Womb Surround Process:

When I experienced Ray Castellino in my first womb surround, I felt something inside me as this was a needed component in my Continuum practice and I worked at fusing the 2 bodies of work through my own birth story and early life. Ray held a tempo that allowed for implicit somatic movements to arise and be supported by the exquisitely  slow ad nurturing womb surround process.

I began a dialogue with both Emilie and Ray and tried to get them to meet and "exchange notes"on birth,the embryo,and bonding and attachment, in conjunction to movement and movement patterns. I began teaching small groups working in the dark and invoking embryonic sequences, in a container held by Ray's form and set of 7 principles from the womb surround process.
In January 2015 I co facilitated the 1st 5 day Womb Continuum with Ray Castellino and 7 Participants In Ojai California.

The result has been and amazing journey and unfolding to the mystery and inquiry of Continuum, directly reflected and supported by a field of support and resonance.

I look forward to exploring this potent alchemy with you..